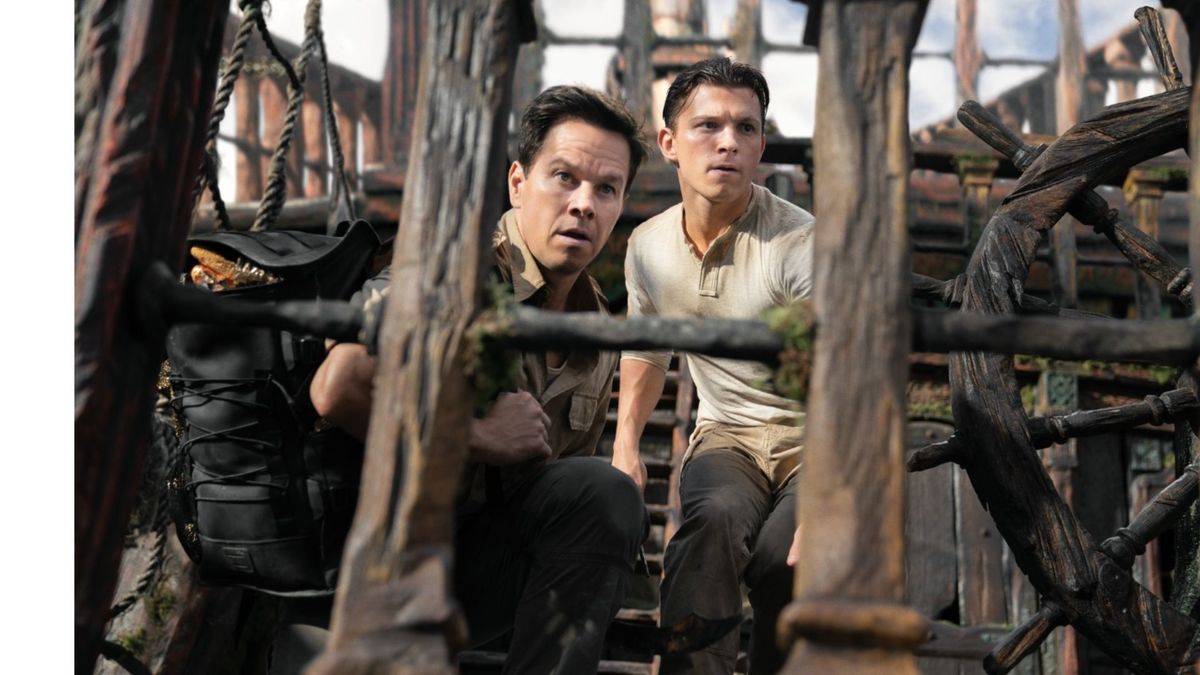 Ruben Fleischer may have been the seventh man to take the reins of the Uncharted movie (the likes of David O. Russell, Travis Knight, and Dan Trachtenberg were attached to direct at different points), but he certainly wasn’t a last-resort pick.

However, video game movies have been here before – and have too often fallen flat at the cinema. Why is that? And how can Uncharted reverse that trend?

We put those questions to Fleischer. Speaking over the phone from Rome, the director revealed how heavily Naughty Dog was involved in production, how Tom Holland grew as a performer during Uncharted, and how Nathan Drake’s video game actor Nolan North influenced the finished product. Plus, we touched on a certain Jak and Daxter movie. The following interview has been edited for length and clarity.

GR: The history of Uncharted is a long and winding one, with various names attached to it.  When you came in, what was the stamp you wanted to put on the project? What did Ruben Fleischer’s version of Uncharted look like?

Ruben Fleischer: The thing I’m most proud of about this movie is, when I read the script, it honestly had all these incredible action sequences that had the spirit of Uncharted. But what I feel like I focused on was the relationship between Nate and Sully and the dynamic between them. The dynamic that was created is so great. And that’s what makes the game so special.

[Sully actor] Mark [Wahlberg] and Tom were both cast before I was involved. But I really wanted to cultivate that relationship and lean into the comedy. I mean, I can’t help it. I just love the combination of comedy and action. And that’s apparent from everything I’ve done going back to Zombieland.

So I would say the thing that I really focused on and that I’m most proud of contributing to the film, was that buddy dynamic between the two and all the comedy that we were able to manufacture on the day. Mark and Tom are both incredible improvisers. And they brought so much to it. And I think collectively, we really made that relationship feel real.

You mention Tom Holland as a great improviser. It’s easy to forget he’s only 25. He’s been around for so long as a lead already. You get the impression that his ceiling is so high – he’s still learning and developing. In that respect, how did he grow as a performer during Uncharted?

I hope this doesn’t sound too patronizing, but I really think this character was Tom’s evolution from playing a boy to playing a man.

You can tell by his physique, his physicality, the way he walks, the way he holds himself, that this is very clearly not Peter Parker. The Nathan Drake of the video games is a cocky kind of swaggering character. While we wanted to show his evolution – he’s certainly not at that full Nathan Drake level yet – this is the beginning of that character.

I feel like Tom brought that swagger and that confidence to his performance that really evokes the spirit of Nathan Drake. And I think for audience members, they’re not watching a high school kid anymore. They’re watching a man on screen. Tom really stepped it up here.

It’s always an odd curiosity to me that video game movies haven’t exploded in the same way that comic book movies have, for example. Why do you think that is?

I think a mistake of some video game movies past is just trying to recreate the video game, one for one.

Because the experience of playing a video game is so immersive and so active, especially on the newer consoles, it feels like you’re starring in your own movie. And if you want to go left to go left, you want to go right, you go right; you’re in control. Whereas a movie it is an inherently passive experience. You’re sitting there for two hours watching something that somebody else just made for you to consume.

I was really focused on making sure that the movie could stand on its own two feet. Whether you’re the biggest fan of Uncharted or you’ve never even heard of it, it has to be a compelling story with a great emotional center and a real relationship to invest in.

A decision that was made prior to my involvement is that they chose to tell a chapter of the Nathan Drake story that hadn’t been featured in the games, so it didn’t feel like we’re just reliving the experience of the games. We’re actually telling a different story and getting greater insight into this character we love, but seeing a different moment in time for him.

I’d love to know more about the working relationship between yourself and Naughty Dog on this movie. I don’t know whether it was a case of them handing you like a bible of do’s and don’ts with the franchise, or did you have a bit more free rein with that?

Naughty Dog, [executive producer] Neil Druckmann, and PlayStation were all incredible partners on this film. They really were like our godfathers who were shepherding us through the experience. Obviously, their history with the game is much longer than ours and there’s no greater fans of the material than them because they created their baby.

They had to sign off on all aspects of the movie. We weren’t doing anything that they didn’t approve. It wasn’t a bible of do’s and don’ts. There were certain ‘watch outs’ or ‘please feature this’ and there’s Easter eggs scattered throughout the film that they helped contribute to.

At the same time, they gave us the freedom because we were telling a chapter of the story that was different from the games. They were both kind of the safe keepers, as well as giving us the license to really just make a great movie. Because that’s what we’re here to do. And they were supportive every step of the way, whether it was the script, they watched dailies, they saw cuts of the film along the way, and gave us feedback every step. Their insight was really helpful, honestly.

You had Nathan Drake’s game actor Nolan North on set. How did his presence shape your understanding of the Drake character?

Something I was really excited to learn was that so much of the dialogue from the games is improvised. Nolan and [Sully video game actor Richard McGonagle], a lot of their back and forth in the games is all improvised. It’s really true to their spirit as actors.

So, Nolan North, just offered so much insight into the process and the experience. But he also was so pumped that it was Tom who was going to be taking on the movie version of Nathan Drake. It really felt like a passing the baton when he and Tom were together, which was super, super cool.

You have spoken about making a Jak and Daxter movie. I know it’s very early stages, but I did want to know what sold you on that idea – what aspect of the franchise? Because it has been dormant for so long, almost 15 years now, and it’s a bit of a surprise to see that being brought to the big screen.

My heyday as a gamer and playing PlayStation was really the [PS1]. I can’t say that I’ve evolved with all the titles, so I’m a little bit stuck in the past. [Jak and Daxter] was always a game that I just loved.

Similar to Uncharted, what makes Jak Jak and Daxter so special is the buddy relationship at the center of it. They are a team and they help each other out and they make sacrifices for one another. And that is I think the key to a great comedy.

It’s a little funny to hear, but the two movies for that kind of inspired the film adaptation of Jak and Daxter are Midnight Run and The Good, the Bad and the Ugly

Because we have this kind of pairing of these two guys who are stuck together on a journey, not by choice but more out of necessity. And I think that’s a classic genre of buddy action movies. These kinds of adversarial pairs that, over the course of the film, develops an appreciation for one another. And that’s, that’s how we’ve approached Jak and Daxter.

The landscape of the world, the ether, all the specifics of it. I’ve always wanted to make a movie that didn’t take place on Earth, like more of a world-building experience.

Having such a great experience working on Uncharted with Playstation and Naughty Dog, I was excited to find another project to work together and they were too. So when we’re just talking about different things, Jak and Daxter was always a game I really loved and I was excited that they were willing to let me take a crack at it. We’ve hired writers who are in the process of writing the script and partnered with Naughty Dog in PlayStation in the development of it.

I can’t wait for that. I’m a huge Jak and Daxter fan and I’m excited to see that come to fruition…

I think it’s a really cool version. This is so bizarre to me… Just by coincidence, somebody forwarded me an article where Tom Holland was asked if he could make any video game a movie, which would it be. He said Jak and Daxter and so, when I saw him earlier this week on this tour, I said, ‘You know, Tom, someone told me that you want to make that movie. I’m actually trying to make it’ So there’s the possibility that we could partner again on that one.

Uncharted is exclusively in cinemas on February 11 in the UK and February 18 in the US. For more on what’s still to come this year, check out our movie release dates guide.