Uncharted review: “Not the treasure it could have been” 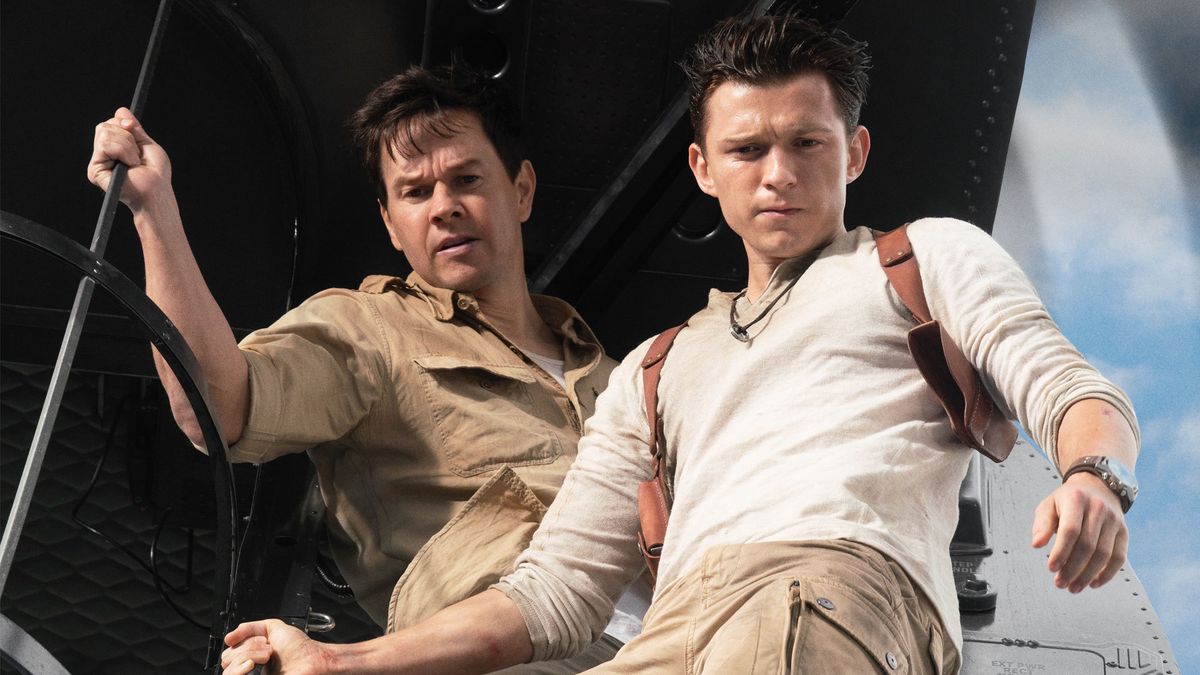 After being stuck in development for more than a decade, long-awaited videogame adap Uncharted finally hits the big screen. Director Ruben Fleischer (Venom, the Zombieland movies) delivers a fun, globe-trotting quest, one that unashamedly draws inspiration from a name-checked Indiana Jones while never quite managing to capture the same spirit of his adventures.

Serving as a prequel to the games, it sees Tom Holland step into the formerly pixelated shoes of Nathan Drake, here a skillful bartender, history nerd, and occasional pickpocket, who is recruited by his estranged brother’s partner Sully (Mark Wahlberg) to search for the lost treasure of Magellan. Action-packed antics ensue, filled with enough old clues and secret passages to make Dan Brown’s Robert Langford blush.

Throughout, the film revels in the adventure-movie genre, proudly wearing its cliches on its rolled-up safari shirt sleeves. However, Fleischer isn’t able to muster the right sense of momentum for what should feel like a thrilling race-against-time pursuit.

Holland, at least, really proves his leading-man credentials outside of the MCU, bringing fresh-faced energy and physicality to a role that puts the ‘buff’ in ‘history buff’ (one montage sees him researching 16th-century artifacts between shirtless chin-ups). Drake is quick on his feet in both senses, thinking fast during fight scenes in a way that allows Holland to flex his own acrobatic talents with flashes of parkour.

Meanwhile, Wahlberg’s untrusting and untrustworthy Sully adds sass and sarcasm to what is clearly supposed to be an entertaining buddy-cop-style dynamic. Sadly, Holland and Wahlberg fall short of the chemistry required to really spark on screen. Their relationship evolves, but they never feel more than just treasure-hunting ‘colleagues’. With trust among thieves a key theme, Sully’s betrayed associate Chloe (Sophia Ali) completes a triangle of suspicion among the adventurers. But, overall, the game of alliances and betrayal that plays out just makes it more difficult to invest in anyone’s real motives.

There’s much to suggest that the film is intended as the start of a new franchise. And with plenty of potential and a door swung wide open for a future sequel, Uncharted makes a decent play for filling an Indy-shaped hole in the movie market right now. But the series will need to beef up its reserves of charm and swagger to be in the same league as cinema’s favorite archaeologist.

Uncharted is in UK cinemas now and US theaters from February 18. For more, check out the most exiting upcoming movies heading your way soon.