Updates on injuries to key Packers players before season finale 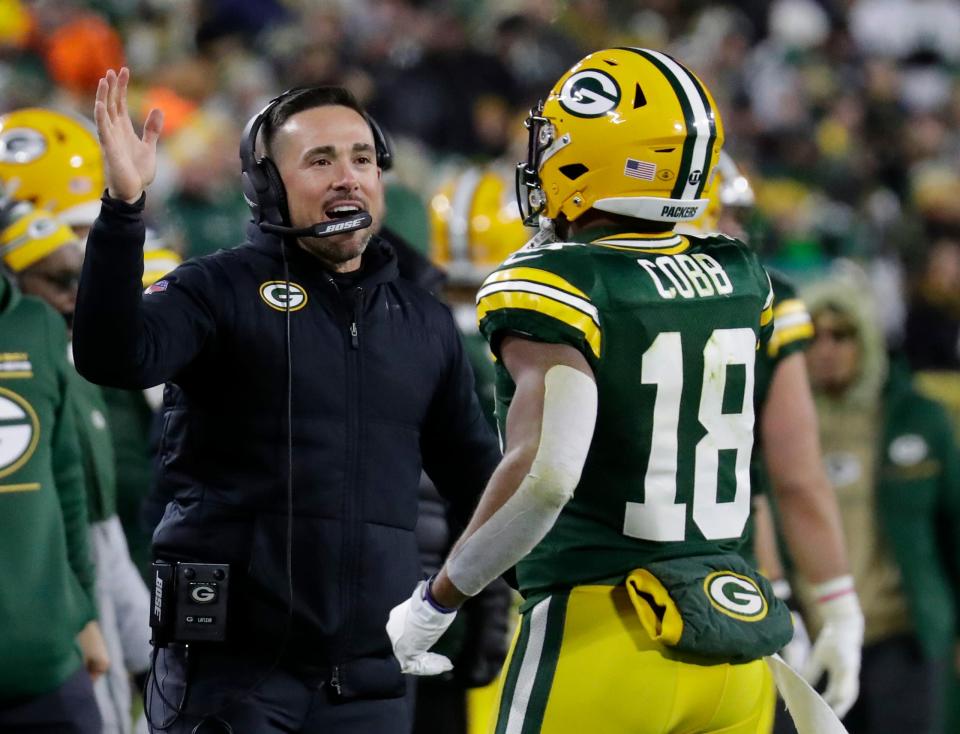 Green Bay Packers coach Matt LaFleur provided updates on a number of key players as his team finishes up preparations for the Detroit Lions in the season finale on Sunday.

The Packers look like a team getting healthy at key spots entering the postseason.

Here’s a quick breakdown of the updates provided by LaFleur on Friday.

Update: Bakhtiari practiced in a full capacity on Friday and is listed as questionable to play against the Lions. LaFleur said his status for Sunday will be based on how he feels Saturday.

What LaFleur said: “In David’s case, here’s a guy that hasn’t played in over a year. Would we love to see him out there? Absolutely. But we want to make sure that he’s in the right mindset first and foremost but also that he can protect himself and he’s fully functional. He’s coming off a big injury. We just want to make sure everything is 100 percent, or as close as it can be to 100 percent, before we put him out there.”

What it means: Bakhtiari is getting close. If he doesn’t play Sunday, he has a terrific chance of playing to open the postseason. While it once looked iffy, the Packers should get back their All-Pro left tackle at some point this season.

Update: Myers, who has missed 10 straight games, will come off injured reserve and play on Sunday in Detroit.

What it means: The Packers could be getting back their preferred starting center for the postseason run. Lucas Patrick has done a nice job filling in, but now LaFleur and the Packers have options on the inside.

Update: Cobb, who has missed four straight games with a core injury, won’t play Sunday against the Lions.

What LaFleur said: “I thought Randall looked really good, but with the circumstances right now, I just talked to him right now, I think it’s in everybody’s best interest to give him two more weeks to amp that up and let him go in the playoffs.”

What it means: The Packers should get back their slot receiver to open the postseason. Cobb’s season was put in jeopardy when he injured his core and needed surgery, but he’s healed quickly. The passing game should be healthy to start the playoffs.

Update: Nothing new. Smith didn’t practice this week, is still on injured reserve and won’t play Sunday, but his experience as a big-time player will give him a chance to return yet this season.

What LaFleur said: “He’s a guy, and I know I sound like a broken record and you guys probably think I’m full of crap, but we’re hopeful. But until he gets there, I really don’t have a whole lot to add on that.”

What it means: The Packers have used the word “hopeful” all season with Smith. He’s going to get two more weeks to heal his back and get back in playing shape. The probability doesn’t look very high, but there’s a reason the Packers aren’t ruling him out completely.

CB Jaire Alexander: He missed two practices while on the COVID-19 reserve list this week, so LaFleur is holding him out of the season finale. He hasn’t played since Week 4, but his return for the start of the playoffs looks increasingly likely.

WR/KR David Moore: He remains on the COVID-19 reserve list, and LaFleur confirmed the team won’t be elevating him from the practice squad this week. He provided a spark for the return game last week. Rookie Amari Rodgers will be the punt returner on Sunday, but Moore could factor into the team’s return plans in the postseason.

QB Aaron Rodgers: Save the best for last? Rodgers is still getting over a fractured pinky toe, but LaFleur didn’t back down from his desire to start Rodgers on Sunday. He practiced on Thursday and Friday and has no injury designation. The toe injury is close to being put in the rear-view mirror. LaFleur said the Packers will do what’s required to protect Rodgers from dangerous situations against the Lions.