US East Coast hunkers down for ‘bombogenesis’ snowstorm 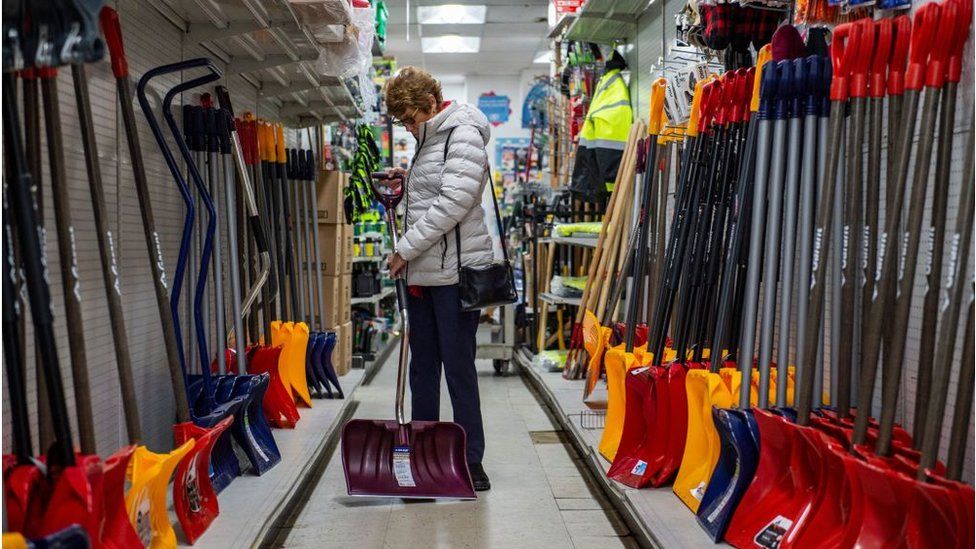 The US East Coast is bracing for a major blizzard to hit the region for the first time in four years.

The storm is forecast to stretch from the Carolinas to Maine, packing hurricane-force winds in coastal parts. Five states have declared emergencies.

Mayor Michelle Wu of Boston, a city that is no stranger to snowfall, said the storm could be “historic”.

Several feet of snow were expected in New England. Weather officials also warn of flooding near the coast.

Nearly 2,500 US flights were cancelled on Friday, according to FlightAware, most of them in the east.

Forecasters say there is a chance the storm, known as a Nor’easter, will blanket the Boston area with up to 3ft of snow.

“Travel should be restricted to emergencies only,” warned the National Weather Service (NWS) in Boston.

“If you must travel, have a winter survival kit with you. If you get stranded, stay with your vehicle.”

The storm is expected to form off the coast of the Carolinas on Friday night, before moving up the coast on Saturday.

Winds are expected to strengthen, possibly reaching hurricane-level speeds, according to the NWS and Accuweather. A blizzard warning has been issued throughout the north-east, the first time such an alert has been issued since 2018.

The governors of New York, New Jersey, Maryland, Rhode Island and Virginia declared states of emergency, telling residents to stay off the roads for their own safety.

Experts say the storm will undergo bombogenesis, meaning that colder air is expected to mix with warmer sea air, leading to a swift drop in atmospheric pressure. The process leads to a so-called bomb cyclone.

New York Governor Kathy Hochul suggested that residents stay home “with a six pack of beer and wait it out”.

Florida is also expected to see some of its coldest temperatures in years, leading to iguanas – a cold-blooded lizard species – to become immobilised and fall out of trees.

Florida deaths rise to 47 amid struggle to recover from Ian

Florida deaths rise to 47 amid struggle to recover from Ian