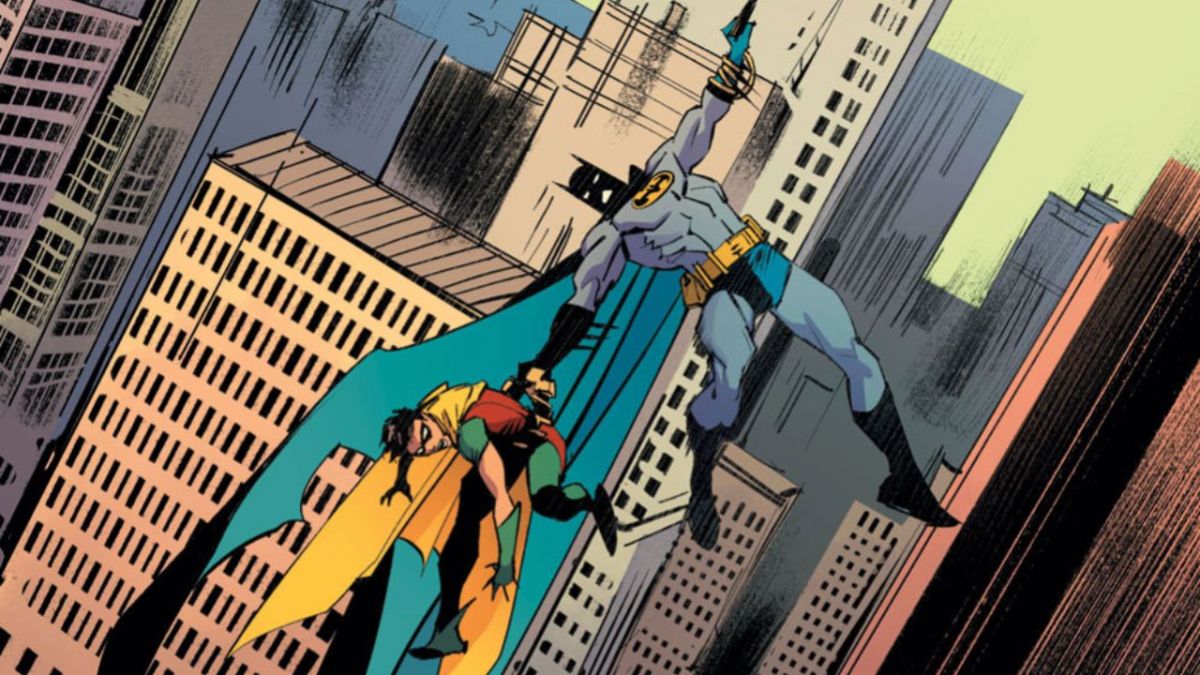 The publisher made note that the 32-page March 15 launch issue of the new ongoing series contains no house ads and includes the creative team’s Detective Comics #1050 lead-in story.

The series takes place in the “not-too-distant past,” when Dick Grayson was 17-18 years old and still operating as Robin.

In the debut issue, the Man of Steel’s Kryptonian power powers are dangerously super-charged following an attack by his arch-villain Metallo, and Superman turns to Batman for help. A near-fatal burst of power makes the Caped Crusader go to his own extreme measures to help his friend, with the extreme measures asking the Doom Patrol for help.

And in May’s Batman/Superman: World’s Finest #3, Robin the Boy Wonder and the Supergirl back in time to China around1600 B.C and meet the ancient superheroes known as the House of Ji.

They’re there as a side mission to track a shadowy figure known as the Devil Nezha, a new villain Superman and Batman are losing a race against time to save their fellow superheroes from their schemes.

Check out all the preview artwork and the cover to Batman/Superman: World’s Finest #3 above and see below for more details.

Mark Waid and Dan Mora’s upcoming ‘World’s Finest’ is leveling up into a new ongoing series in March.

Described as a “brand-new day” for the classic superhero pairing, Batman/Superman: World’s Finest is a continuation of the Waid-Mora/Dark Knight-Man of Steel team-up that will begin in a back-up story in January 25’s Detective Comics #1050, one of several back-up stories in the oversized issue.

DC originally announced Waid and Mora’s backup story would be “just the beginning” for the creative duo and the two superheroes, and now we see the bigger picture.

The new World’s Finest series kicks off with a tale set “in the not-too-distant past,” in which Superman turns to Batman for help after receiving a dose of Kryptonite from his enemy Metallo, leading Batman to turn to “extreme measures” to help Superman with the aid of the Doom Patrol.

The World’s Finest title began its life in 1941 and was published continually until 1986, featuring some form of a Superman and Batman team-up in most issues.

It’s been replaced in more recent years by a few series simply titled Batman/Superman, but DC seems to be combining the two title conventions for the brand Waid/Mora new series.

DC has released a series of variant covers for March 15’s Batman/Superman: World’s Finest #1, including two ‘Slap Battle’ variants by Chip Zdarsky humorously lampooning Superman and Batman arguing over whose name goes first in the title (Batman won), a “High Five” variant by Evan ‘Doc’ Shaner, and covers by Jim Lee, Stanley “Artgerm: Lau, Jason Fabok, Lee Weeks, and a “Jerry Seinfeld in the Bat-Mobile Getting Coffee” variant by Mora.

For Waid, this is one of two major DC projects for the prolific writer/editor/executive/retailer in 2022 after he broke a 12-year-hiatus late in 2020 with a story in Dark Nights: Death Metal: The Last Stories of the DC Universe anthology. Waid will write a DC Black Label Superman series with Bryan Hitch in 2022 as well, at least according to Hitch.

Batman/Superman: World’s Finest qualifies for inclusion on Newsarama’s list of all new Batman comics, graphic novels, and collections in 2021 and 2022.