Warriors’ Steve Kerr explains how Kuminga and Moody are progressing 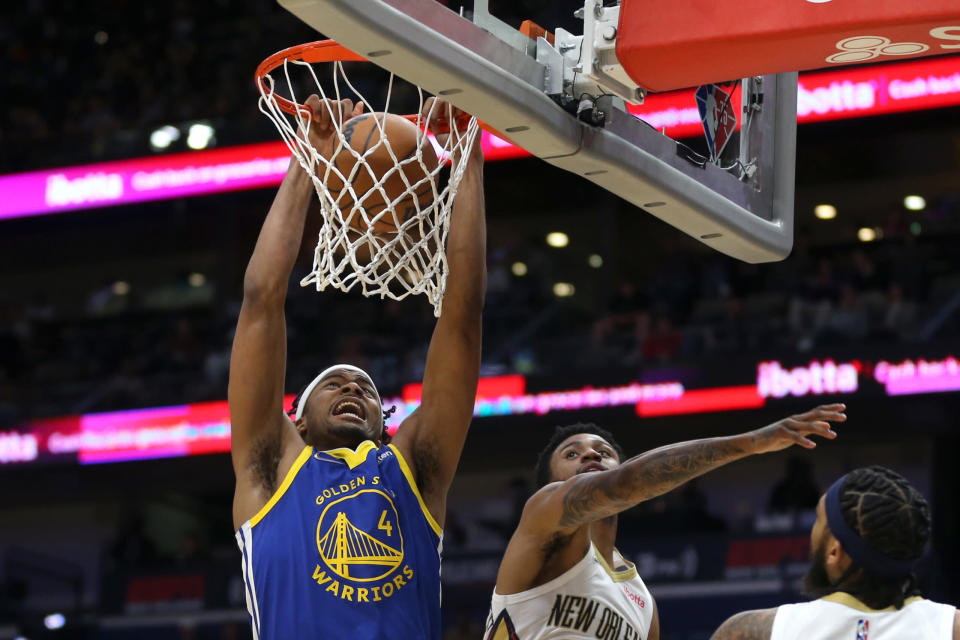 The two have seen sporadic playing time this season with several veteran players ahead of them on the depth chart. They have been called into action for spot minutes on numerous occasions, including Thursday night versus the New Orleans Pelicans.

The Warriors were without Stephen Curry, Draymond Green and Juan Toscano-Anderson and Kerr opted to turn to his two rookie players. Kuminga finished with 13 points and six rebounds while Moody had 10 points and five rebounds in the 101-96 loss.

Afterward, Kerr commented on their progression this season.

I think they are right on schedule. I think they are both really working hard every single day, putting the work in and learning what it’s about to be an NBA player. That means getting into the training room, getting into the weight room, getting onto the floor, watching film, watching film on your opponent and doing that day after day, and bringing the energy that’s necessary to do that. It’s not easy, especially for a 19-year-old kid so they are learning and doing a great job of coming along.

Kuminga, in 28 games, is averaging 4.9 points and 1.7 rebounds this season with the Warriors. He produced a career-high 26 points on Dec. 18 in a loss to the Toronto Raptors while his 13 points on Thursday were his second-highest of the season.

Moody is posting 2.1 points and one rebound this season in 24 games, including one start. His best game of the season also came on Dec. 18 versus the Raptors after scoring a career-high 13 points, eight rebounds and three assists.

The two players have each also spent time in the NBA G League with the Santa Cruz Warriors. The organization views Santa Cruz as a great way to continue to get game reps when playing time is at a premium with Golden State. The team even assigned Moody to Santa Cruz on Friday.

Kuminga and Moody represent a big part of the future in the Bay but the team also believes they can contribute during various stretches now. Based on the latest comments from Kerr, they have impressed to this point of the season.