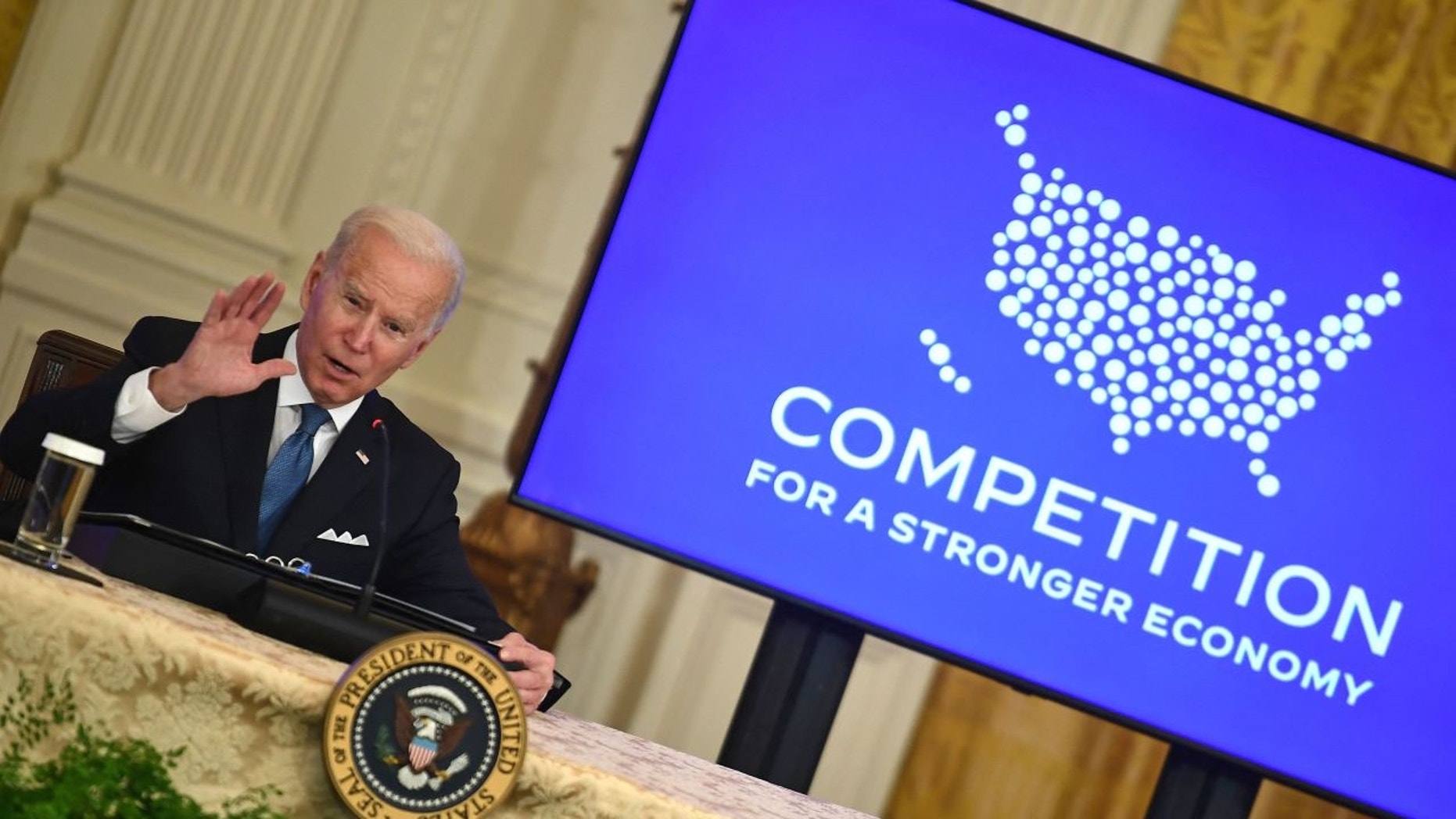 President Biden lashed out at Fox News White House correspondent Peter Doocy for attempting to press him on inflation.

Biden met with the Competition Council and members of his cabinet Monday to discuss ways to lower prices for American families.

At the end of a Biden photo op, when reporters shouted Q’s hoping he’d respond, Fox’s Peter Doocy asked, “Do you think inflation is a political liability in the midterms?” Biden deadpanned: “It’s a great asset—more inflation. What a stupid son of a bitch.” pic.twitter.com/Tt4ZVz5Ynj

Following his prepared remarks, near the 8-minute mark of the live stream, members of the press began shouting questions, hoping for the president to take a few before they were shown the door by White House staff.
placeholder

Biden knocked the first reporter, who asked about the administration’s call with European leaders as tensions between Russia and Ukraine rise.

“Will you take questions on inflation then?” Doocy then asked. “Do you think inflation will be a political liability ahead of the midterms?”

As Doocy and the other reporters were being shooed away, Biden took a swipe at the Fox News correspondent.

“That’s a great asset, more inflation. What a stupid son of a b—-,” Biden said to his cabinet.

Doocy laughed off Biden’s comments moments later on “The Five,” saying “Yeah, nobody has fact-checked him yet and said it’s not true,”

Last week, Biden similarly lashed out at Fox News White House correspondent Jacqui Heinrich for attempting to press him following his controversial remarks at his press conference about the escalating Russia-Ukraine conflict.

“Why are you waiting on Putin to make the first move, sir?” Heinrich asked.

Early in his administration, Biden warned his staff to show colleagues and members of the press with respect.

“I’m not joking when I say this: If you’re ever working with me and I hear you treat another colleague with disrespect or talk down to someone, I promise you, I will fire you on the spot — on the spot. No ifs ands or buts,” Biden said. “Everybody is entitled to be treated with decency and dignity.”