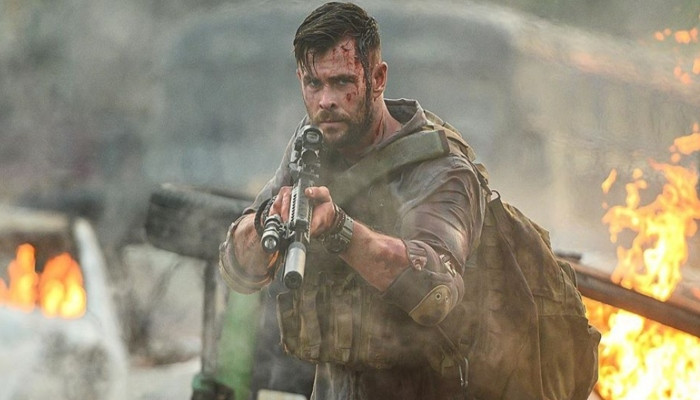 Hollywood star Chris Hemsworth is gearing up for the sequel to hit 2020 hit Netflix film, Extraction and the actor has left fans stunned with his impressive transformation.

Taking to his Instagram account on Monday, the Thor star dropped an action-packed glimpse of his time on set. In the shared clip, Chris was seen performing a ‘difficult’ stunt, where he quickly moved forward and put on his jacket.

While fans were expecting the actor to throw a punch, in the very next moment, he neatly tucked himself in a jacket and executed a kick that left his fans in splits.

Sharing the video clip, the In the Heart of the Sea actor added a quirky caption that reads, “Probably the greatest and most difficult stunt ever captured on film Extraction2 @netflix @samhargrave @agbofilms”

Chris, 38, marked his digital debut with the first instalment of Extraction in 2020. He was joined by Rudraksha Jaiswal, David Harbour, Randeep Hooda, and Golshifteh Farhani, who played important roles in the film.