Where the most intriguing players are going 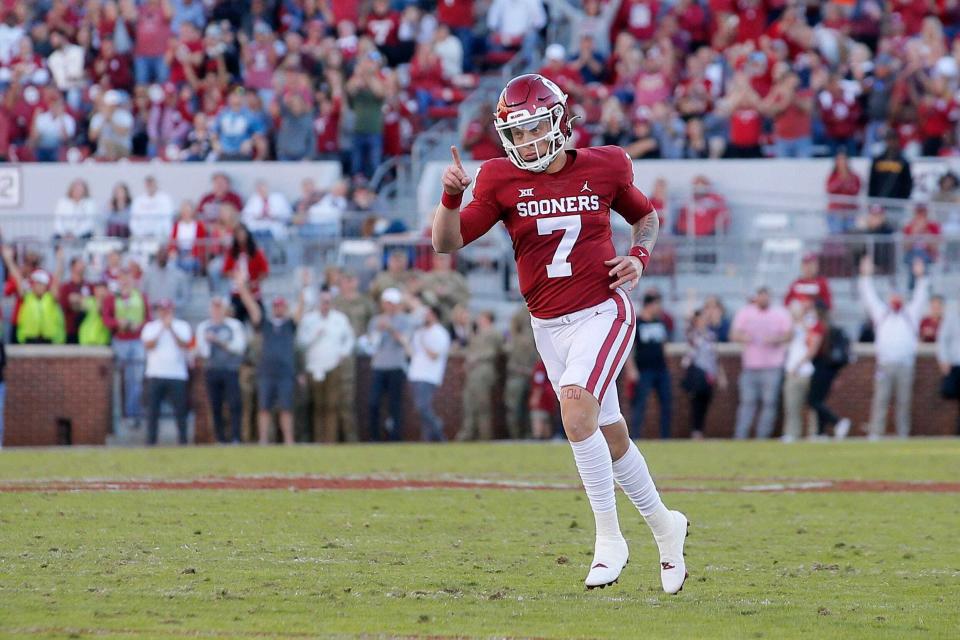 The transfer portal has become a major player in how teams stack their rosters in college football. Whether athletes are seeking new opportunities because of the coaching carousel or wanting a chance to play, the portal is a game changer as players no longer have to sit out a year after transferring and can contribute immediately.

It has become a cause of angst for some coaches, who constantly have to check with players who have submitted their name to the portal. The good thing is that it can instantly shift the balance of power in some conferences if played the right way.

Here are the most intriguing players who have entered the transfer portal in 2021.

Will be updated as news breaks.

Rattler began the year on top of most Heisman Trophy candidate lists, but his season quickly went sideways. Although the Sooners won their first five games with him as the starter, Rattler was benched in the Texas game and subsequently lost his position to freshman Caleb Williams. Rattler and ex-Sooners tight end Austin Stogner both committed to South Carolina.

The nation’s top recruit in the 2022 class, he graduated from high school early to reclassify for the 2021 class. Ewers originally committed to Texas then decommitted and ended up at Ohio State, also with a million-dollar NIL deal in hand. Ewers saw the writing on the wall as freshman CJ Stroud became a Heisman finalist, solidifying his position as Ohio State’s QB1. Ewers has committed back to the Longhorns for 2022 season.

Williams, who took over for Spencer Rattler in the middle of the season, announced he was entering the transfer portal. Williams played in 11 games for Oklahoma in 2021, completing 65 percent of his passes with 21 touchdowns and four interceptions, leading the Big 12 in passer efficiency rating. Williams said that staying with the Sooners is also a possibility as he weighs his options for the future.

Gabriel’s season came to an end in Week 3 after breaking the collarbone in his throwing arm. He leaves UCF with 8,037 career passing yards and 70 touchdowns. Gabriel thrived in wide open offenses under Josh Heupel and Gus Malzahn and will be looking to improve his NFL draft stock at his next stop. Gabriel announced that he is transferring to UCLA in December and changed his mind saying he is going to Oklahoma a few weeks later.

Slovis started for parts of three seasons for USC, producing at a high level before he went down with a neck injury early in the season. After that, true freshman Jaxson Dart took control of the offense, and once Lincoln Riley left Oklahoma to join the Trojans, Slovis and his nearly 7,600 yards and 58 touchdowns decided it was time to test the waters elsewhere. Slovis announced on The Players Tribune that he is transferring to Pittsburgh.

Ricks had an outstanding freshman season for LSU in 2020, picking off four passes and being named a third-team AP All-America. Ricks had season-ending surgery to repair a shoulder injury and has the tools to potential to be a top defensive back next season and Thorpe award candidate. He entered the transfer portal in November and Ricks announced he will transfer to Alabama.

Martinez started nearly 40 games for the Cornhuskers in his four seasons in Lincoln and his season came to an end in late November against Iowa after a shoulder injury. He is a dual threat who set the school record for total offense in a career and also ran for 2,301 yards and 35 touchdowns in an up and down career. Martinez could have two more seasons of eligibility after announcing he is going to Kansas State.

Another player who is entering the portal after a significant injury is the former starter at LSU. Brennan had an injured plagued career with the Tigers, playing only three games in 2020 and missing the enter 2021 season with an arm injury. He arrived in Baton Rouge in 2017 and served as Joe Burrow’s backup during LSU’s 2019 national title run. He announced that he is staying at LSU for the 2022 season.

Thompson played in 12 games for Texas in 2021, completing 63% of his passes for 2,113 yards with 24 touchdowns and nine interceptions. He enters the transfer portal after struggling in the late part of the year as Texas lost six of its last seven games to close the year. Thompson is committed to play at Nebraska in 2022.

Nix, a three-year starter, is looking for a new home and will working back from a broken ankle that caused him to miss the last two games of the season. Nix, the SEC Freshman of the Year in 2019, threw for 39 touchdowns and 16 interceptions, sometimes showing spectacular poise with his playmaking ability but also turning the ball over at inopportune times and frustrating his coaching staff and fan base. Nix said he was transferring to Oregon and will reunite with new offensive coordinator, who coached Nix during his freshman season.

Evans was a top 20 recruit and the top prospect in Texas when he joined the Horned Frogs after being pursued by the nation’s top teams. Evans rushed for 415 yards and four touchdowns during his freshman campaign and added 648 yards and five touchdowns in 2021. An exceptional athlete who breakaway ability, he averaged 7.3 yards per career in his two seasons in Fort Worth. Evans announced in early January that he was headed east to play for Lane Kiffin and Ole Miss.

The exodus from Oklahoma continued with the talented Haselwood, who was the top receiver in the class of 2019. An ACL injury cost him most of the 2020 campaign and he had his most productive season in 2021, catching 39 passes for 399 yards and 6 touchdowns. He will be joining the Arkansas Razorbacks in 2022.

Johnson started 12 games for LSU this season, throwing 27 touchdowns and six interceptions. Johnson decided to hit the portal days after former Notre Dame coach Brian Kelly was named the coach at LSU. The son of former NFL quarterback Brad Johnson along his brother Jake, who is the top tight end for the 2022 class, committed to Texas A&M.

A former five-star safety who has the ability to be a consistent playmaker, Foster had 46 tackles, three interceptions and broke up two passes this season for Texas. He has almost 30 starts in his career and will be entering the portal as graduate transfer.

One of the most intriguing transfers this season is Incarnate Word quarterback Cameron Ward. Ward threw for 4,648 yards and 47 touchdowns with 10 interceptions and also played during the spring season, when he won the Jerry Rice Award as the best freshman in FCS. Ward still has three seasons of eligibility remaining.

Lewis hasn’t played a college snap as he is still recovering from knee surgery he had at the beginning of the year. Lewis was a five-star recruit who originally committed to Tennessee before landing with Maryland. Lewis announced he will be playing for Gus Malzahn at UCF.

Wease missed the 2021 campaign with an injury and is another talented Oklahoma receiver entering the portal. He had best season in 2020 when he caught 37 passes for 530 yards and four touchdowns. Wease withdrew from the transfer portal and will play his junior season for the Sooners.