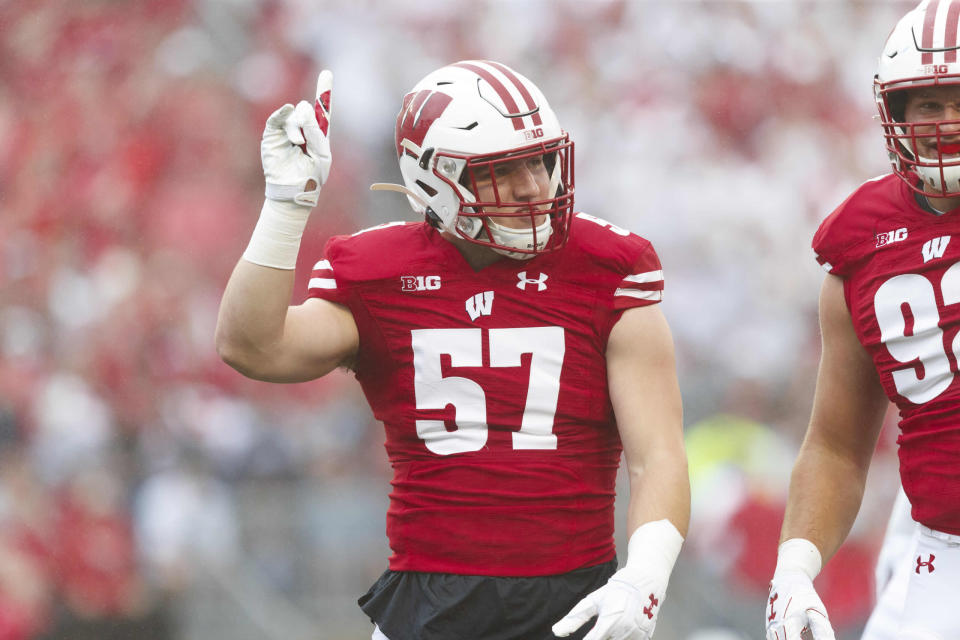 After the conclusion of a 2021 season that saw Wisconsin’s inside linebacker duo of Jack Sanborn and Leo Chenal tear up the Big Ten conference, both are ready to take their games to the next level. Earlier this week, Chenal declared for the 2022 NFL draft, and Sanborn followed his lead on Friday.

The Wisconsin senior announced he would be officially embarking on a new journey in the NFL after four successful years as a Badger. Sanborn has been a full-time starter at linebacker since his sophomore season in 2019. The former four-star recruit played in 12 games for Wisconsin in 2021, and racked up 88 total tackles paired with a career-high 14.5 tackles for loss.

Here is a look at Sanborn’s message to Badger fans after making his decision public: