With first results of fan balloting in, NBA facing a star-studded list of All-Star snubs 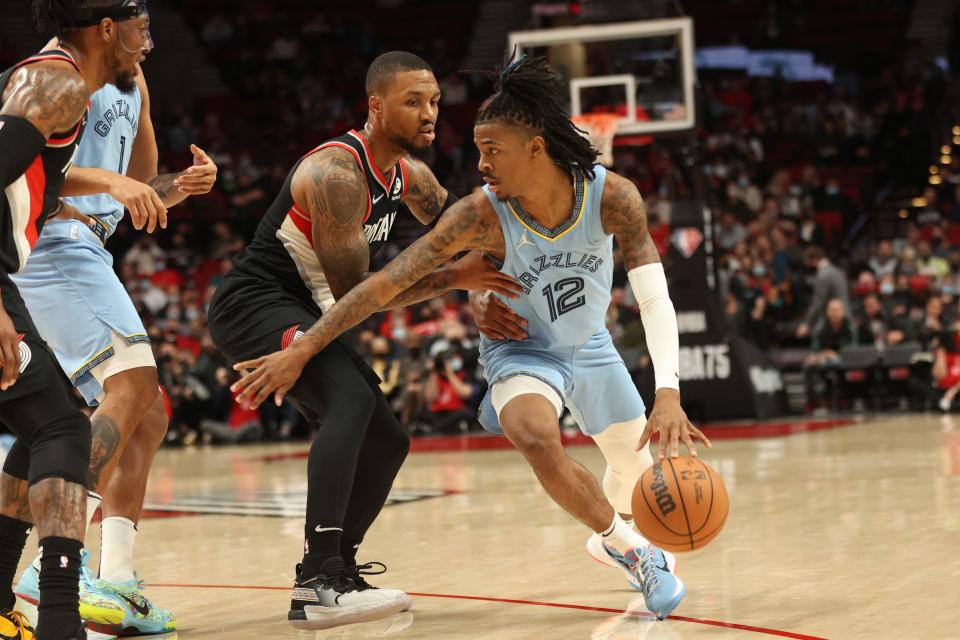 Thompson is expected to make his season debut on Sunday after rehabbing an injury, and the unvaccinated Irving, who can’t play in Barclays Center because of a vaccine requirement in New York City arenas, just returned on a part-time basis.

It’s unlikely they are voted in as starters because media and players also vote, and the coaches won’t vote them as reserves. (Fan vote counts 50%, players 25% and media 25% for starters). No one will feel sorry when they don’t make the All-Star team.

The NBA on Thursday released its first All-Star voting returns from fans, and Steph Curry leads all players with 2,584,623 votes. Starters will be announced Jan. 28.

All-Star snubs aren’t unusual. They happen every year. It doesn’t make it any less disappointing, especially for the player.

Imagine a scenario where Memphis guard Ja Morant doesn’t make the All-Star team. Let’s say Steph Curry and Luka Doncic are voted in as starters and Devin Booker, Chris Paul and Donovan Mitchell as guards and Morant is out. Or maybe Morant is in and one of the other players is out. Perhaps all those guards make it and the West All-Stars consist of six guards, six frontcourt players. It seems unlikely Portland’s Damian Lillard will make the All-Star team after making it the past four seasons.

It doesn’t get any easier at the guard spot in the Eastern Conference where Milwaukee’s Jrue Holiday isn’t even in the top-10 among guards. Chicago’s DeMar DeRozan and Brooklyn’s James Harden are 1-2 in the fan voting. Forget for a moment that the Bulls list DeRozan as a forward in the starting lineup – though the NBA calls him a guard-forward.

Maybe it’s DeRozan and Atlanta’s Trae Young in the starting lineup, but for sure, DeRozan, Harden and Young will make the All-Star team. That leaves at most three more spots for Holiday, who will be a coaches’ favorite because of his ability to do so many things well, Charlotte’s LaMelo Ball, Chicago’s Zach LaVine, Toronto’s Fred VanVleet, Miami’s Tyler Herro and Cleveland’s Darius Garland.

It’s a little easier with the frontcourt spots in both conferences because there’s a minimum of six spots dedicated to forwards and centers. But there’s still competition for those spots, especially in the East. The starters should be Kevin Durant, Giannis Antetokounmpo and Joel Embiid, leaving Jimmy Butler, Jaylen Brown, Jayson Tatum, Miles Bridges, Domantas Sabonis, Khris Middleton, John Collins and Jarrett Allen among those qualified for the All-Star nod.

Just like any list with talented players, it’s a fun but challenging exercise. It’s not easy picking the 12 best players separated by guards and frontcourt players from each conference. But it also reveals just how deep and talented the NBA is each season.

This article originally appeared on USA TODAY: NBA All-Star voting: Ja Morant could be snubbed with first results in