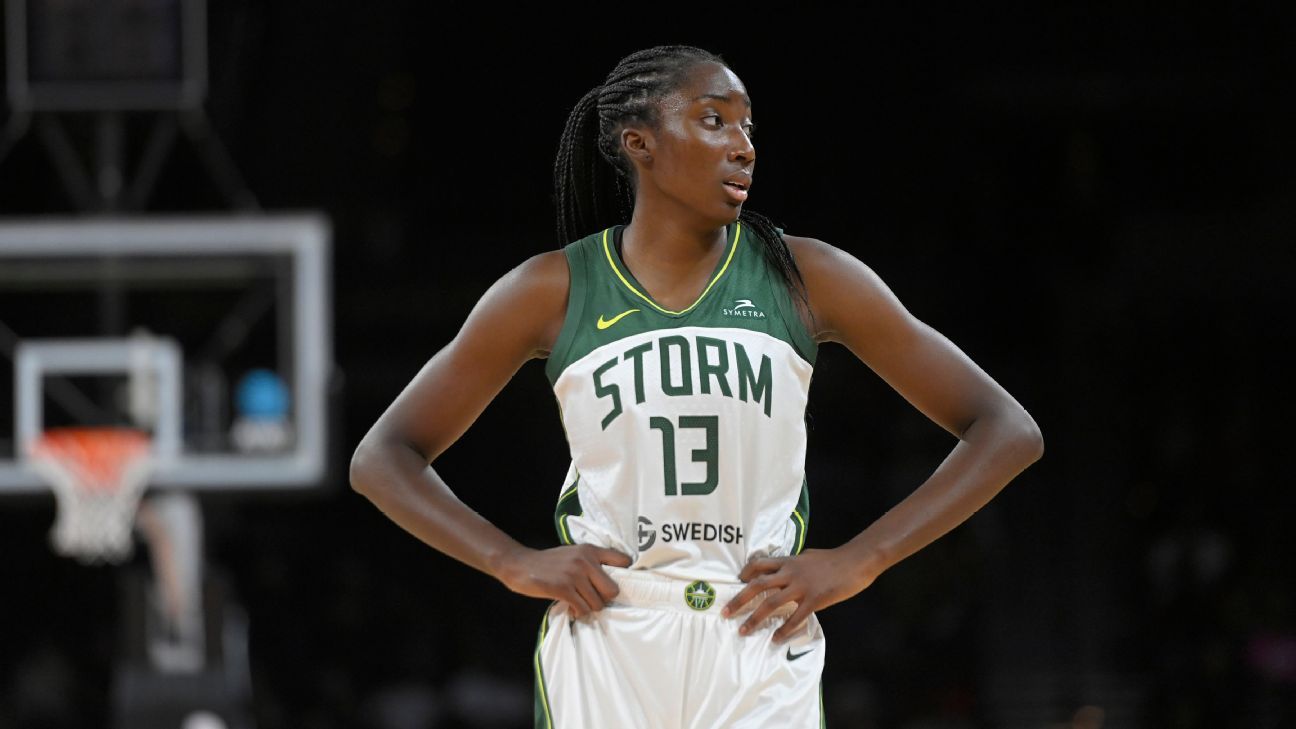 Each day of the WNBA season, our team of fantasy and betting experts breaks down every game on the slate, making note of everything from injuries and lineup changes to recent trends and more.

All odds are provided by Caesars Sportsbook.

Here’s what to look for during today’s slate:

Experience the 2022 WNBA season like never before with the first full-featured fantasy league game dedicated to a professional women’s sport. Get a team or start a league today!.

For the Fever, the big question is whether rookie number two overall pick NaLyssa Smith will be able to return from her ankle injury on Friday. She’s listed as questionable, after having missed the past four games. In her absence, fellow rookie and number four overall pick Emily Engstler (available in 88.4% of leagues) has moved into the starting lineup and become a double-double machine, averaging 9.3 PPG, 9.0 RPG, 2.3 APG, 0.8 BPG and 0.5 3PG in those starts.

The Fever play at the fastest pace in the WNBA, the only team with a pace over 100 (100.46). Pair that with their defense, which ranks in the bottom third of the league with a defensive rating of 102.5 points allowed per 100 possessions, and the Fever tend to play high-scoring games. They and their opponents have combined for more than 163 points in five of their last six games. The Sparks and their opponents have combined for at least 169 points in three of their past four games, as well.

Fantasy need to know: The Liberty’s Ezi Magbegor (available in 20% of leagues) is racing towards being universally rostered, but she’s not quite there yet. She should be, as she’s taken control of the starting center job with Mercedes Russell out. She’s grabbed double-digit rebounds in two of the last three games, and has averaged 12.7 PPG, 9.0 RPG, 4.0 BPG, 2.0 APG and 1.3 SPG in 32.7 MPG during that stretch. With Laney out, Rebecca Allen (available in 87.0% of leagues) moved into the starting lineup on Tuesday against the Lynx and scored 21 points with 2 assists, 2 steals, 4 3-pointers and a blocked shot in 33 minutes. Sami Whitcomb (available in 77.8% of leagues) also turned in a season-high nine assists on Tuesday, though she struggled with her shot.

The Liberty won their first game of the season, an upset over the Sun, but have lost their five games since. They’ve only been blown out twice, though, against the defending champion Sky and in their rematch with the Sun. Their other three losses have all been competitive, by an average of 7.3 PPG. The Storm won their first game of the season over the Lynx in a blowout, but in the five games since they are 2-3 with their only two wins by a total of six points. The 11.5-point spread just seems too large, given the way both teams have played of late.