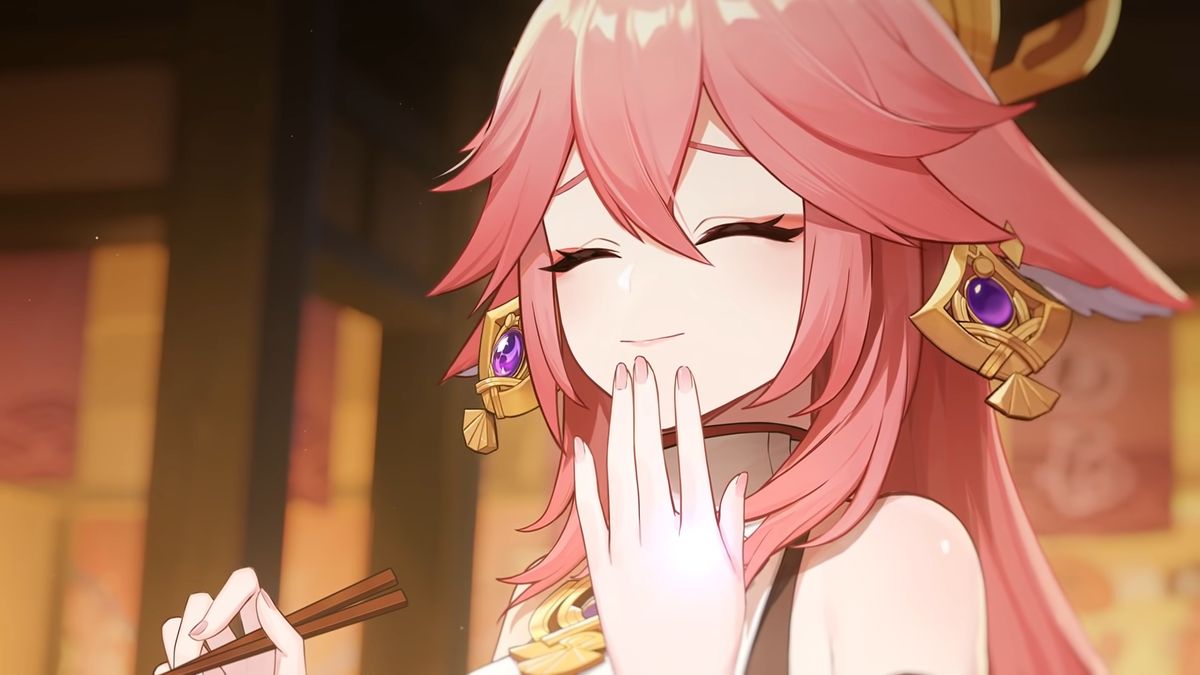 A new Genshin Impact Yae Miko trailer dropped last night, and it’s easily among the most expressive and stunning character teasers yet.

The bulk of the trailer focuses on the many things Yae likes about the human realm, from good books to fried tofu, and compared to previous characters, she’s much more animated – literally and figuratively. You’ve got to love the way her eyebrows shoot up when she takes a bite of good food. The animators at MiHoYo are getting more detailed by the trailer, and Yae’s expressions really show that here.

This trailer was released alongside a new mini-bio which confirms Yae’s ascension and talent materials and tells us more about her hobbies. As the head shrine maiden of the Grand Narukami Shrine, and the editor-in-chief of Yae Publishing House, Yae loves a good story, and it seems her “second favorite [thing] is watching other people squirm.”

“If I could find a way to combine the two… Oh, that would be entertainment in its purest form,” an ominous summary reads.

Yae Miko will technically be released on Wednesday, February 16, but most regions will get access to her debut banner on Tuesday, February 15 thanks to regional time differences (Genshin Impact is scheduled around China time).