Your next Amazon delivery van might be a bike 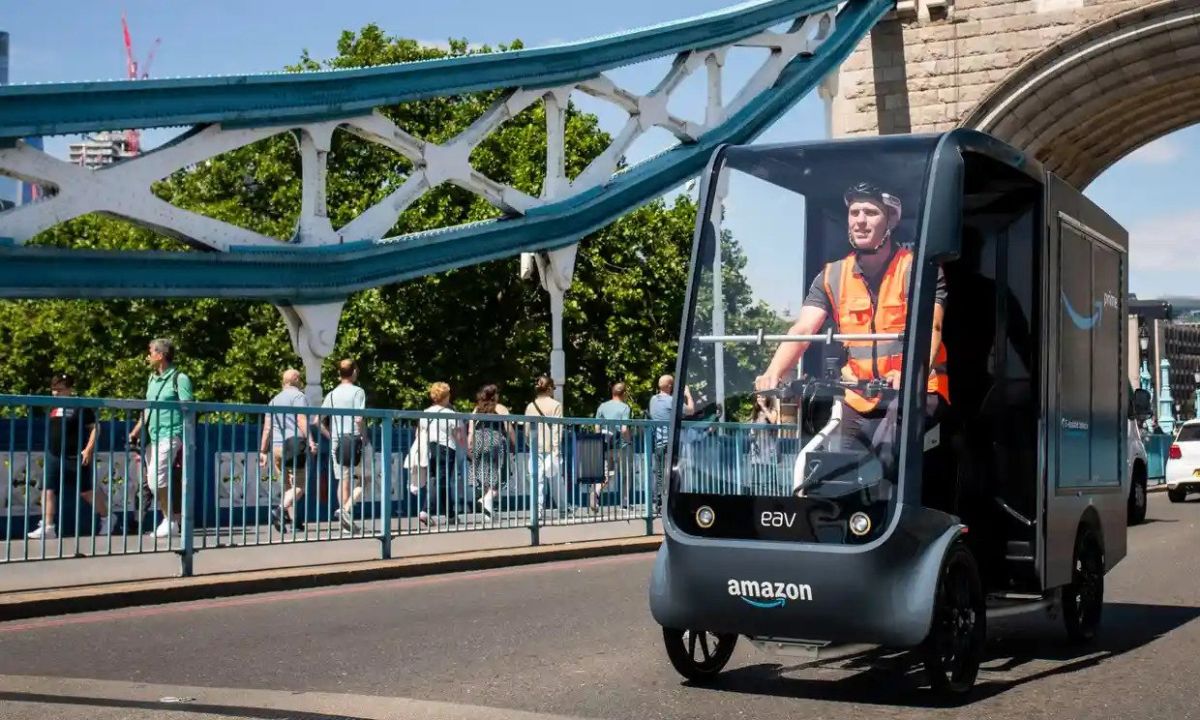 Depending on where you live, your next Amazon purchase might be delivered by a new four-wheel e-bike instead of the usual delivery van.

If you pick up some bargains during this year’s Prime Day sale your package could arrive on the back of a new e-cargo bike comprising a custom four-wheel chassis and an enclosed trailer. Alternatively, it might even be delivered by someone on foot (via The Guardian (opens in new tab)).

These new options are being trialed by an Amazon delivery hub in the east-London borough of Hackney. They’re joining Amazon’s steadily growing fleet of electric vans as Amazon works towards its goal of being carbon-neutral by 2040.

Amazon’s new delivery options should also help it reduce the cost of bringing parcels to London residents. The new vans and e-bikes will be exempt from London’s congestion charge – a fee paid by drivers unless their vehicle meets certain low-emissions standards.

While the trial has only just begun, Amazon isn’t haning around. It already has plans to open additional e-bike delivery hubs in the near future, and should be rolling out new Rivian-made electric vans in the US before the end of 2022.

Electric bikes aren’t just a sustainable option for deliveries; they’re perfect for the environmentally conscious commuter too, helping you reduce your carbon output while also giving your ride a bit of juice so you can get to your destination faster. If you want to see what’s out there, check out our picks for the best e-bikes you can ride today.