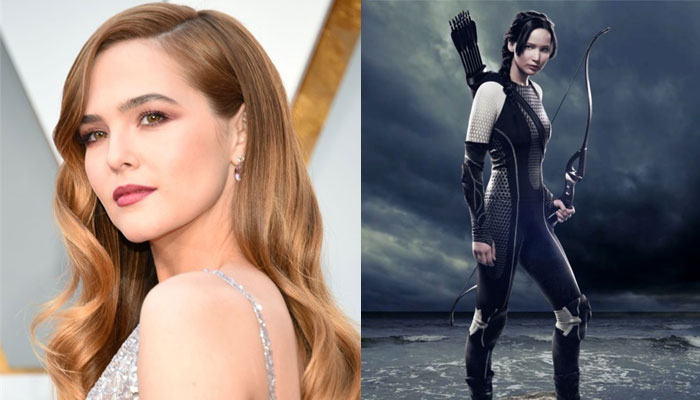 Zoey Deutch shared that she auditioned to play the role of Katniss Everdeen in the Hunger Games franchise and was disappointed when ultimately the character was played by Jennifer Lawrence.

Looking back, Zoey says playing Katniss is the No. 1 role she wishes she had landed.

Unfortunately, during the audition process, Zoey immediately knew she wasn’t going to get the part.

“I screen-tested for Katniss,” Zoey revealed during the Aug. 2 episode of the Lights Camera Barstool podcast. “But knew I didn’t get it, because, in the screen test, he was like, ‘Why don’t you read this other part?’ But, yeah, that one was a little painful.”

While Zoey said that losing the character of Katniss was a “tough one,” it’s not the only project she has loved and lost.

“At one of these award shows, I gave like the Best Limited Series award out and every single one that was nominated, I had auditioned and not gotten it,” Zoey explained.

She explained that during the pandemic, there were only four projects that she auditioned for that she really wanted — and she didn’t get any of them.

Check it out below: